Hanford turns its nuclear past into a tourist destination 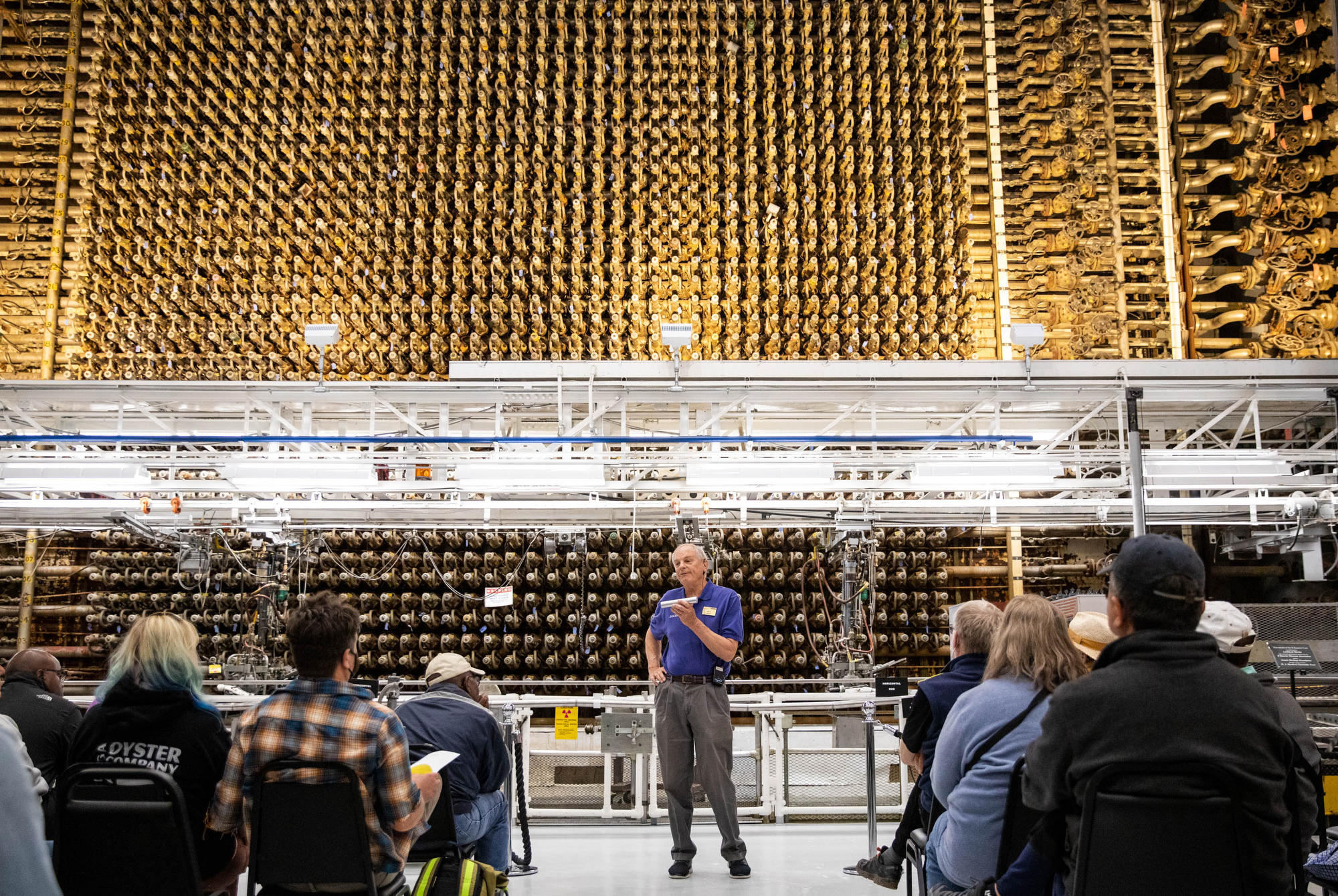 Over 100,000 people were hired to work on the site, but most quickly left. Hanford was in the middle of nowhere, 50 to 70 miles undeveloped. The climate is either very hot or very cold, punctuated by dust storms. The government provided primitive barracks-style living conditions. Only a handful of the top people knew the big picture. Most workers didn’t know plutonium was being made.

Andre also told bus passengers about Leona Woods, an Illinois farm girl who got her PhD. She received her doctorate in physics in 1942 at the age of 23, becoming the only female and youngest physicist in the Manhattan Project. She overcame sexism and worked with her mentor, Enrico Fermi, on Chicago’s first small-scale experimental plutonium production reactor. Woods moved to Hanford in 1943, where she helped develop the B reactor. She got married, got pregnant, and hid her pregnancy under her baggy work clothes so she wasn’t expelled from the reactor. Woods was one of the few people who knew the full scope of the project.

Shortly before reaching the Columbia River, the tour bus turned right onto State Route 240. The weather-beaten gate opened and about a minute later visitors were able to see his B reactor building, a tall gray concrete cube with a chimney. A railroad track with an obsolete-looking locomotive lies in the scrubbed desert dirt and dust.

Visitors enter a cave-like room in the building. At one end looms the core of the B reactor. It is 36 feet tall, stretches over 28 feet of floor, and has 2,004 horizontal tubes, the ends of which face tourists. “I didn’t expect it to be this big. It was cool,” said Jessica Barker of Elkins, North Carolina.

Reactor cores have a steampunk vibe and Jules Verne is on steroids.

Standing in front of the core, our second tour guide, Rick Bond, explained how the reactor core works. When neutrons collided, uranium-238 isotopes in 2,004 fuel rods produced uranium-239 isotopes, which became neptunium-239, which became plutonium-239 specks within the fuel rods.