Joe Lycett and Aisling Bea took a break in Croatia over the weekend at Travelman: 48 Hours In Split (C4) and took a walk on the beach. With a puppy.

For about 9 pounds each, they were able to borrow a dog from a rescue charity that included a dark brown puppy called Billy and a red terrier called Mira.

Puppy Walker’s mission included taking new friends to the water’s edge and hugging them when they learned to swim.

I just want to know how many dogs the charity will lose to tourists who refuse to return their dogs.

Relaxing on a Mediterranean holiday always brings me a state of delusional abundance.

For a few days abroad, I risk buying what I see. Our house is full of souvenir tats — a Vesuvius snow globe that sprinkles ashes on Pompeii, a Spanish donkey with a matching pannier. 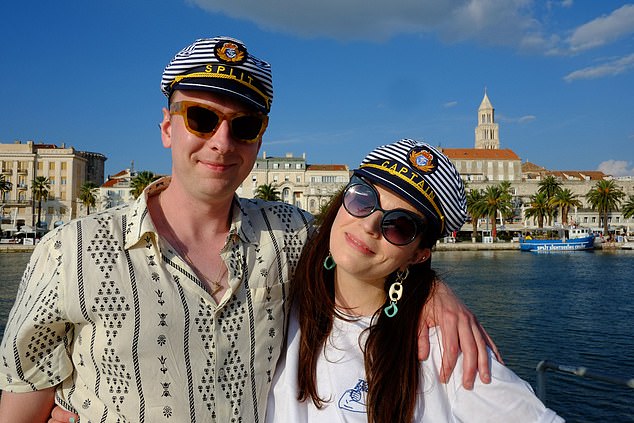 Joe Lycett (pictured) is testing his hand as a travel guide for Travelman: 48 Hours In Split (C4).Along with Croatia’s Aisling Bea, this pair enjoys a vacation in the Mediterranean

If you can’t resist a bottle of Limoncello shaped like the Leaning Tower of Pisa, how can you break up with a holiday puppy?

Joe and Aisling took the time to enter the city’s Break Spirit. I don’t know if anything was said off-camera, but on their first day she turned from a distant place together into a flashy and moody one.

When he commented on women’s rights, she rolled her eyes and ridiculed.

And on the first occasion, she sent him out to explore one of the sights on her own.

But by the next day, they walked with their arms crossed and became the best Cham. Maybe the director warned them to make an effort.

The problem may be that after three excursions, the show’s new host hasn’t yet got the hang of his role. Joe was in the spotlight at the Great British Sewing Bee.

He seems most comfortable running stupid script segments against the camera, rather than sharing his experience on a sightseeing course with fellow comedians.

Aisling has a better understanding of how it works. Join the paddleboard or join the cooking class, make some wise cracks, chat a bit about whether you like it and move on to the next activity.

Perhaps she had done this show before, so she visited Budapest in 2017 with her former presenter Richard Ayoade.

Richard’s technique, which eventually diminished, was disgusting and disgusting everywhere he visited. It encouraged his guests to enjoy more as a counterbalance.

In Reykjavik, Bilbao, and now Split, Joe doesn’t seem to like or hate his destination. He looks a little lost as if he could be anywhere — just focusing on his line and waiting for the next instruction from the camera crew. 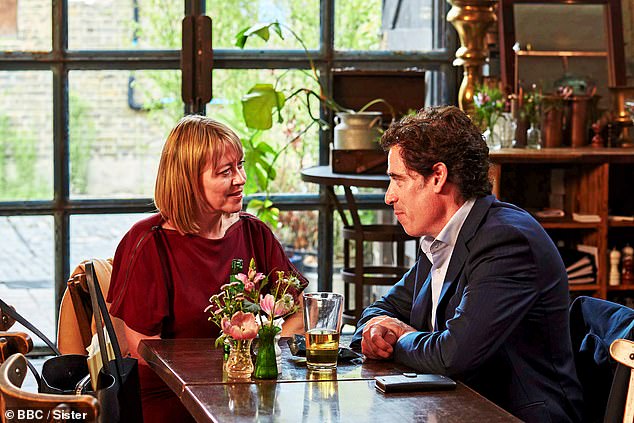 As Nathan, a lawyer who left his wife to live with a self-righteous psychologist called Kate (Lara Pulver), he can’t deal with any woman in his life.

His mother-in-law (Deborah Findlay) patronizes him, his daughter (Elizabeth Roberts) looks down on him, and his sister-in-law (Fiona Button) barely speaks to him.

He seems so pathetic that it’s not worth disliking until he loses his temperament with his wife Hannah (Nikola Walker) over the right to visit. Then you really see why none of them can tolerate him.

“Clearly friendly divorces are out the window,” says a colleague.

good. Expect Hannah to take him to the cleaner.